However, most recent cases of fentanyl-related overdose are linked to illicitly manufactured fentanyl, which is distributed through illegal drug markets for its heroin-like effect. It is often added to other drugs because of its extreme potency, which makes drugs cheaper, more powerful, more addictive, and more dangerous.

Illicitly manufactured fentanyl (IMF) is available on the drug market in different forms, including liquid and powder.

Powdered fentanyl looks just like many other drugs. It is commonly mixed with drugs like heroin, cocaine, and methamphetamine and made into pills that are made to resemble other prescription opioids. Fentanyl-laced drugs are extremely dangerous, and many people may be unaware that their drugs are laced with fentanyl.

In its liquid form, IMF can be found in nasal sprays, eye drops, and dropped onto paper or small candies.

STREET NAMES FOR IMF INCLUDE: 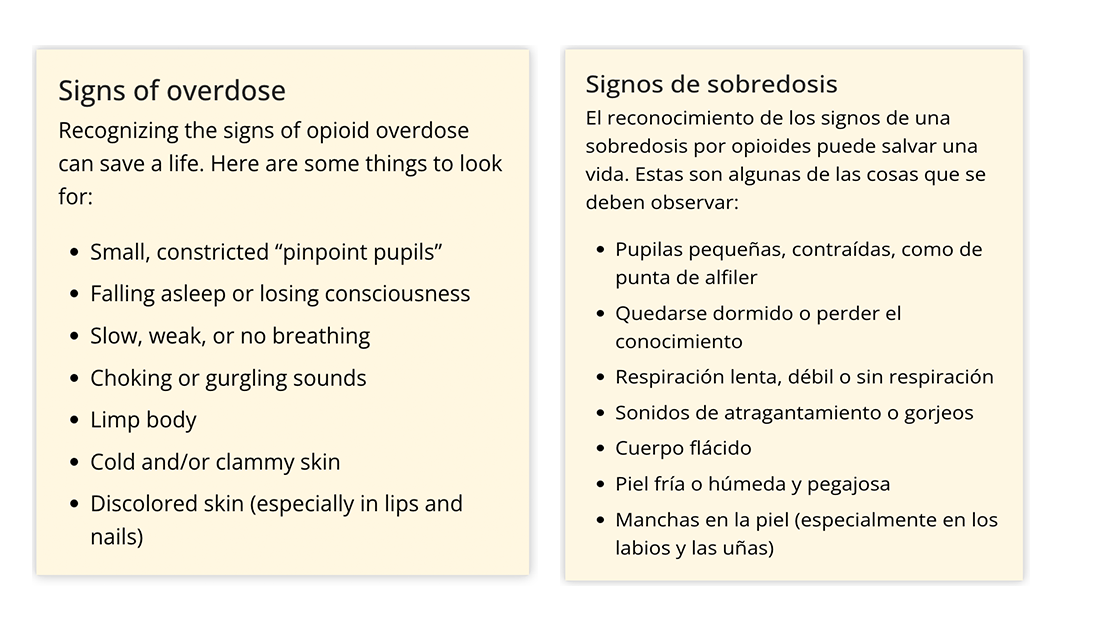 Naloxone
Lucia Mar Unified School District was the first district in the country to develop a Naloxone Policy in response to increases in opioid overdoses among youth.  We have the medication at all our school sites and staff trained.
You can find Board Policy 5141.21: Administering Medication And Monitoring Health Conditions here:
https://simbli.eboardsolutions.com/Policy/ViewPolicy.aspx?S=36030226&revid=pGrYEjFi5aplusrWVhIa1ROWg==&PG=6&st=5141.21%20&mt=Exact